What’s next for hospitality in Western Australia? 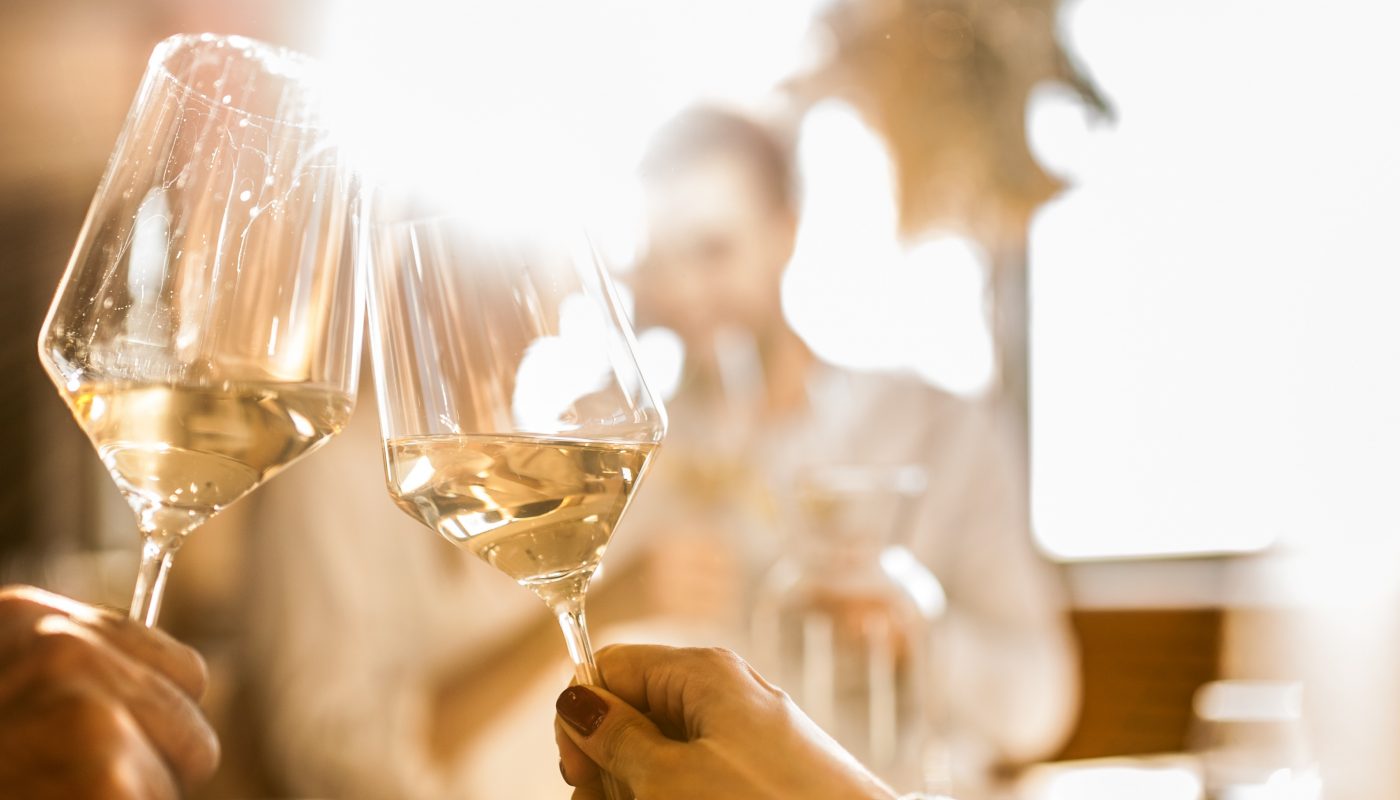 People have tightened their belts when it comes to dining and drinking in WA venues, with the overall hospitality spend-per-venue reaching its lowest point since 2011. Avior Consulting Director Dermott McVeigh explains.

There’s no denying the last few years have been tough for those operating within Western Australia’s hospitality industry.  Several highly-respected restaurants have been forced to close as a result of declining foot traffic and rising operational costs stemming from the State’s economic downturn.  Research from the Australian Bureau of Statistics found that only 53.3 per cent of accommodation and food services businesses survived between June 2012 to June 2016 – representing the lowest rate across all business categories.

Between 2006 and 2012, the rise in major resource and energy projects injected significant revenue into the Western Australian economy, and the hospitality market benefited substantially.  With more disposable income, there was a complete shift in the amount Western Australians were spending at restaurants, bars and hotels. Spending in this sector doubled during this period, reaching an all-time high in 2012.  Following the subsequent fall of the WA economy, spending on hospitality and alcohol levelled off.  However, Western Australians are still spending more in the industry than they did prior to the economic boom.

So why is the industry struggling?

The increased spending in this sector during the boom period did not go unnoticed. There was a substantial increase in the number of hospitality licences issued following the rise in spending – however there was a significant delay between the increase in spending and the opening of new operators.  According to findings from Avior Consulting’s Hospitality in Western Australia 2018 Industry Report, the number of licences on issue for hotels, restaurants, small bars and taverns increased by 20 per cent between 2012 and 2016. 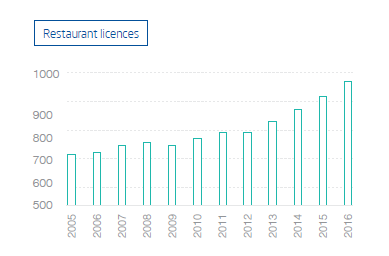 Evidently there has been major growth in the hospitality sector, yet most of this growth occurred after spending in the industry had begun to stabilise.  Avior has measured household expenditure in Western Australia against the number of licences for hotels, taverns, restaurants and small bars on issue within the State to create the Avior Hospitality Index. The benchmark index was set at 2005 levels, prior to the economic boom.  The Index peaked in 2012, but as the hospitality market grew to take advantage of rising profits the index fell 18 per cent in the following five years. 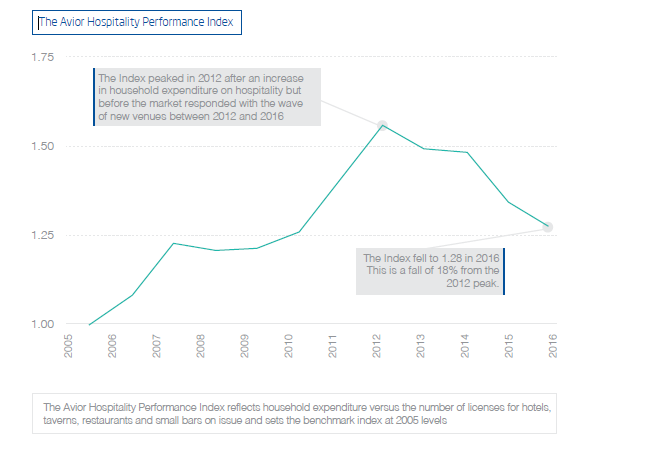 This has resulted in a tough environment for those operating within the hospitality industry today.  While customer spending has stabilised, competition within the market has increased dramatically, resulting in the least amount of money being spent per venue in WA since 2011.

This research report provides an in-depth analysis on the industry and provides direction for operators within this field.